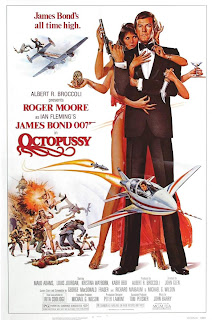 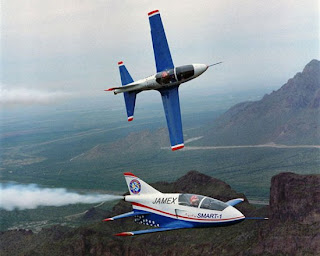 Aviation has always been a part of Fornof’s life. His dad was a Navy carrier pilot who nicknamed his son “Corkey” after the name on the plane he inherited from another Naval Aviator. He later learned that Corkey is a Japanese word that means “invincible one.”

“The first time I went flying was when my mother was pregnant with me,” Fornof said. “It was in a PT-19 and my dad did aerobatics.”

Fornof grew up in Houma, La., surrounded by his father’s planes, including a BearCat, a Mustang and a T-6. “I was always around aviation,” he recalled. “How do you not fall in love with airplanes?”

While he was surrounded by airplanes, Fornof’s father made him earn the right to fly. “My dad wanted me to finish college before I learned to fly,” he said, noting he is still six hours short of a degree. “I had to rebuild the T-6 before he let me learn to fly in it. He wanted to be sure I really wanted to do it.”

He soloed after 5.6 hours in the T-6 when he was about 20. “That airplane taught me an awful lot,” he said. “I flew it coast to coast and border to border following Bob Hoover and Dad, cleaning up their airplanes.”

After logging just 67 hours, he flew his first air show with his father and Hoover, a charity invitational show at Spaceland Air Park just outside Houston for an audience of astronauts. “My first show was narrated by Frank Borman and Shorty Powell, the NASA announcer,” he recalled. “It was quite a send off.”

He continued flying air shows in Mustangs and F8F Bearcats with Hoover and his dad until 1971, when the elder Fornof was killed during a performance when a wing on his plane came off. He stayed in the air show business until the mid-1980s, when he made the decision to concentrate on movies.

He had started working on television shows and movies in 1967, doing air shows on the weekends and his movie work during the week. But as the movie work took off, he found himself traveling the world to different locations and it was just too much.

“I had been flying air shows for 25 years, so I decided to concentrate on the movies,” he said. “It wasn’t for the money, but for the creativity.”

“It’s got a dual system on there so as long as it was indicating pressure on there I thought I was OK,” he said. “About five seconds after the oil light came on, the oil pressure just dropped to zero, so I reached over and shut the engine off.”

Because the BD-5 had so little drag, it made an excellent glider. He made use of the convenient design feature while turning south.

“What had upset me, was we didn’t have the weather information we have today,” he said. “Everything was predicted to be clear but under me was a solid overcast. So I called Center and turned around south because I knew if I stayed on this one certain radio, it’d keep me out of the mountains. This overcast wasn’t supposed to be thick. Well, the overcast lasted until I was 800 feet over a pine forest.”

Fornof said he spotted Interstate 95 about a mile to his right and decided to head that way. The speed limit was 70 mph and he was holding 90 knots when he approached a Mayflower moving van.

“I wasn’t sure I was going to get past it, but the road’s going up and I’m just kind of following the road,” he said. “I actually thought of landing on top of it because when I crossed him, there was maybe only a 10-mile-an-hour difference, but I instantly saw signs of the Roadrunner and him going under an overpass. So I decided against that and I crept in front of him and then I dropped down right in front of him so he’d see me. He blew the horn and started slowing traffic down for me.”

Fornof landed while traveling up one of the humps in the road, passing a Cadillac. He said the people in the car just looked at him.

“As I crested the hill and started down the other side, there was a pickup truck towing a boat,” he said. “The lady in the pickup truck saw me and I could see her talking a mile-a-minute to her husband. As I got up alongside of him going downhill, he just looked over and waved to me. I pointed over in the front. He kind of backed off and I pulled into the right lane. Down at the bottom of this hill was a turnoff to the access road.”

Fornof coasted down the road to a Sunoco gas station, running over the rubber hose and sounding the proverbial, “ding-ding, ding-ding.”

“I stopped right there,” he said laughing. “About this time the owner of the station is leaning up against the door and he’s chewing tobacco and he spits. We looked at each other for a good 20, 30 seconds. He finally walks over to the airplane and I open the canopy. He says, ‘This is Candid Camera isn’t it?’ I said, ‘Nope.’”

There was a dress shop in the strip mall where the gas station was located and Fornof said two ladies, who had just seen him appear on the Mike Douglas show, came running toward him.

“They’re cheering and jumping up and down,” he said. “(The station owner) runs in and gets on the phone and tries to call the TV station. They thought he was drunk.”

One station did eventually call back, Fornof said, but only to relay the information provided them by the Sheriff’s department, that there was no record of a jet crashing on the highway.

Fornof said, “I’m standing right next to him and he says, ‘No, no, no. A jet didn’t crash. It’s this little biddy jet. He landed on the highway and came into my gas station.’ They were sure he was drunk and they hung up.”

Though no TV stations took the matter legitimately, a newspaper did make the trip and took a photo of Fornof standing in front of the BD-5 parked at the station. Fornof eventually reinvented his interstate diversion as the opening sequence of “Octopussy.”