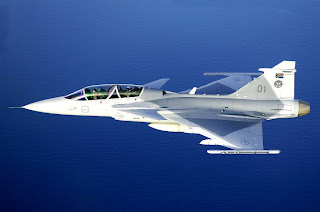 The GR4 is being widely employed as an intelligence surveillance and reconnaissance (ISR) platform using both the Digital Joint Reconnaissance Pod (DJRP) and the Thermal Imaging Airborne Laser Designator (Tiald). The GR4 has been recently flight cleared to carry broader mixed loads that include the Tiald, DJRP and Enhanced Paveway II, along with dual-mode guided bombs and other ordnance, to provide the aircraft with greater operational flexibility.

Jones notes that in the so-called Non-Traditional-ISR role the aircraft is utilized for counter-mortar, -rocket and -improvised explosive device operations. An imagery analysis cell at the air base studies the pictures from the DJRP. Convoy protection and over-watch missions are also being flown. A single sortie may include several tasks, such as taking imagery of buildings or areas of interest.

The aircrew plan the ingress and egress routes to the operational area to cover points of interest, for example to provide the opportunity to gather imagery of buildings thought to be associated with insurgent forces.The Selex Tiald pod, although still useful, is showing its age. "It was designed originally to target bunkers, not try to spot a man on a horse with a gun," suggests one air force officer. Image resolution reflects the age of the basic design.

To improve this capability the RAF is integrating the Rafael Litening III on the GR4 under an urgent operational requirement. The introduction of this laser designator and targeting pod will provide the GR4 with the ability to gather significantly higher quality imagery and substantially increased standoff ranges. The aircraft may also be fitted with the L3 Rover downlink. This would allow Litening imagery from the aircraft to be downloaded to a Rover-equipped laptop-computer in near-real time. The possible acquisition of a low-collateral-damage weapon for the GR4 is still of interest. Ultimately, Litening will improve targeting capability for the GR4 in-theater as well as heighten situational awareness for troops on the ground.

The Tornado can also be tasked with a "show of presence or force." In the Basra region this has been carried out in the Shia flats area with the aircraft being flown for a low-level high-speed pass. This is made below the minimum engagement ceiling for the main man-portable SAM threats at around 550 kt. (632 mph.). A minimum ceiling threshold is imposed on the use of afterburner, again to try to minimize the risk from infrared-guided shoulder-launched SAMs.
Upplagd av Greasemonkey kl. 21:37